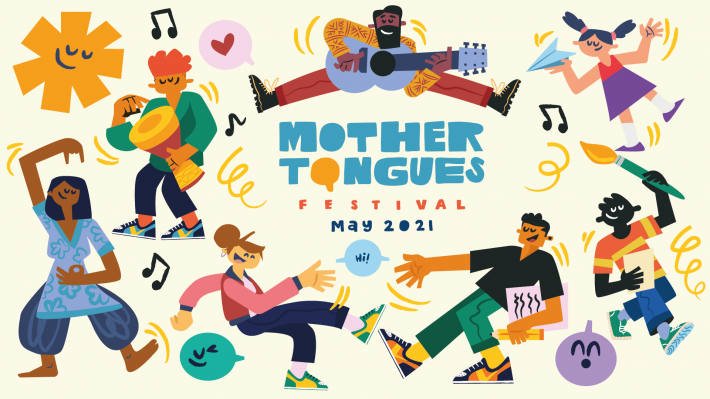 With a programme featuring over 40 artists, Mother Tongues today announced its 2021 Mother Tongues Festival line-up, which will take place primarily online, keeping participation at the heart of their programme with the Walk A While initiative.

The Mother Tongues Festival remains the largest Irish Festival celebrating linguistic diversity throughout the arts. Until 2020, the weekend-long Festival took place on the 21st of February to celebrate its founding organisation’s first birthday and UNESCO’s International Mother Language Day. This year, the programme will take place throughout May 2021 in conjunction with World Day for Cultural Diversity for Dialogue and Development.

“We aim to go beyond ‘inclusion’ to create a universal feeling of genuine belonging. We created the Mother Tongues Festival with a dream to connect people through diverse creative experiences and experiencing performances from an extensive range of cultures,” says Dr Francesca La Morgia, Founder of Mother Tongues.

The Festival will feature a dynamic programme of art workshops, school visits, film screenings, and a series of events available in 20 different languages.

Some highlights of the 2021 festival to watch out for includes;

Mother Tongues is a not-for-profit organisation founded in 2017 by Linguist and Professor Dr Francesca La Morgia to promote multilingualism and raise awareness of the value of linguistic diversity in Ireland. Since its founding, Mother Tongues has reached thousands of people with their wide range of cultural and educational projects, including the annual Mother Tongues Festival. In 2018, Mother Tongues were awarded the European Language Label Award and the GHP Social Care Award for Best Bilingualism Support Advisory.