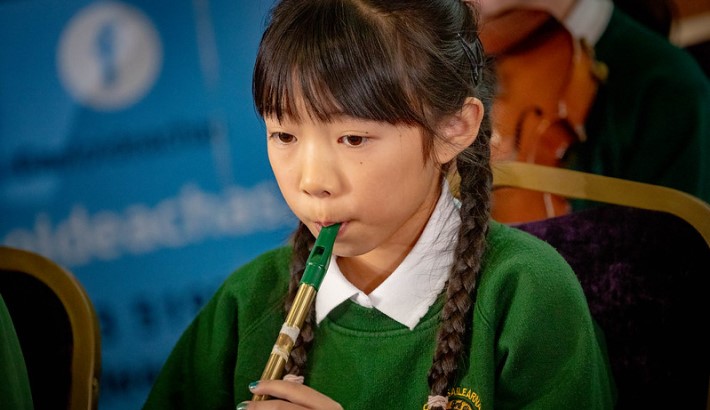 Gaeloideachas provides support for Gaeltacht schools at primary and post-primary level. The latest information on issues specifically concerning Gaeltacht Schools will be posted on this page.

The following supports are provided to participating schools:

For Primary and Special Schools

To ensure teacher supply fluent in Irish for Gaeltacht/Irish medium schools, additional teacher training programmes through the medium of Irish have been established in 3rd level institutions under the Policy on Gaeltacht Education. They are:

A three-year Research and Evaluation Study plan has been developed by the Gaeltacht Education Unit in collaboration with the Educational Research Centre (ERC) and Inspectorate to evaluate the impact of the Gaeltacht School Recognition Scheme to inform future policy and practice.

Additional information pertaining to The Policy on Gaeltacht Education 2017-2022 is available on the DES website at https://www.education.ie/en/The-Education-System/Policy-on-Gaeltacht-Education-2017-2022/

Each lead organisation has been provided with the same language plan template. The template includes a chapter listing the planned activities in the education sector in the LPT at preschool, primary, post-primary, 3rd level and continuous education levels.

Gaeloideachas would love to share on this site any activities that your primary or post-primary schools are organising in conjunction with your local LPT. Information and photos can be forwarded to peigi@gaeloideachas.ie.

All information about the Language Planning Process is available at https://www.udaras.ie/en/our-language-and-the-gaeltacht/language-planning/process/.

Details of the Language Planning Areas can be found here:

The Lead Organisations for each area are as follows:

The survival of island communities is completely linked to the survival of their schools. This is why island school communities, staff and management are constantly campaigning for state policy and legislation which recognises the needs and challenges of island education provision.

In December 2017, The Oireachtas Joint Committee on Education & Skills held a public hearing on the challenges that face island schools and in February 2018 published a Report on this hearing.

The report recognises all the challenges outlined to the committee. The Committee at its meeting on 20 February 2018 formally adopted this Report together with its recommendations which are:

On 17 June 2017 the Minister for Education and Skills, Richard Bruton T.D. announced an additional package of supports to support island post-primary schools in the Gaeltacht areas. The package of fulfils to a certain extent recommendations 2,3,5 above.

In February 2020, Gaeloideachas submitted  Aighneacht chuig Coiste Idirrannach TrasRialtais  ar Polasaí Uilechuimsitheach do na hOileáin  to  the Islands Policy Consultation Paper (November 2019). The submission was made in support of the need to ensure that the Consultation Paper would cover education requirements on the islands.